Superheroes Of Their Time 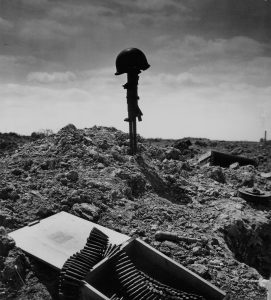 Hi everyone,
Sincere thanks to you all for enjoying the new site, every week or so new things will be added. One of our most recent additions is the incredible ‘Ted’s Story’ now also out on Kindle and Paperback from Waterstones & WH Smiths. A huge thanks to those that attended the official launch of ‘In The Footsteps Of The Ripper’. Great meeting you all.

When I recorded the audio version of Ted’s amazing story from the actual site of the Burma Railway you can’t imagine the brutality and the horror of those living conditions. Whilst there I did my share of copying what those gallant men did, supplementing their lousy diet with creatures of the forest. Eating living slugs, crunching down on a cockroach or a river spider. Chewing on plants that actually taste like vomit. The main meal was a bowl of boiled water with a few dozen pieces of corn. Then demanding nonstop 16 hours of work from these starving men. Having eaten these horrific things, and knowing they had to do it every day just to survive, made me realise just one of a billion real horrors of war.
Yet it was one of you guys that brought the story to my attention, and almost a year of hard work putting this incredible story together. People have since come forward to say that they were in the Japanese Prisoner of War Camp that Ted was in. One granddaughter discovered how her Grandpa had died, from this brutal and gory story. Truly the last great tale of World War Two.
Not for the faint hearted!

Last week I spent some time at the Imperial War Museum, checking on the people who have won Victoria Crosses, something you can experience soon, incredible super heroes of their time!

As we have been remembering our brave soldiers, sailors, air crews and marines I thought I’d share my effort of telling the true story of a very young man called William Elliott…….you will never have heard of him, but you really should.

LITTLE BILLY
The week before he raced tyres down a street,
Using a stick to guide it, wings on his feet.
Cap gun firing as his pal dramatically dies,
Then home for REAL chips, not these skinny French fries.
His bike was from the butcher, he delivered that man’s fare,
But when not on official business, he’d ride off here and there.
A big lad for fifteen, everyone told him that
He took after his Father, who’d been a soldier and all that.
So after his auld Dad died, of bad lungs caused by the pit
Little Billy was the man of the hoose, he swore he’d do his bit.
Never expected a war to come, the German’s now our foe
With his Dad gone, he had no choice, Billy had to go.
To defend his homeland England, or least that bit up North
So lied about his age and signed up to show his worth.
Within the month in training, in two was on The Somme
Just a kid doing what he thought was right, he marched along.
His cap gun long forgotton, a rifle took its place,
From school uniform to khaki, from boy into a man
Battling for a yard of mud, staying as safe as he can.
His Mam back home with his brothers, worrying no stop
Hoping against hope he’d be back despite the bombs they’d drop.
Little Billy, because he was lanky, saw his friends and comrades die,
Blown to pieces, shot in the face and left in the mire they’d lie.
This time last year, he was still wearing short pants,
And other young’un’s were there too, you could tell at a glance.
The whistle blew, off they went over the top towards Hell
The ratt a tat of machine guns, and a gas attack they’d smell.
Running in a gas mask, to pant and gasp and wheeze,
Shooting at anything you could see, be it man or trees.
Down they’d go, by the hundred, by the thousand at the end,
Brothers, Father’s, Cousin’s, Comrades and Best Friends
All sinking into the cesspits, and ne’er to be seen again.
He knew that he would be taken too, the only question when.
A million lives, at the Somme alone, and Billy maybe the last.
As the British soldiers marched across, there was one more fatal blast.
An unexploded mortar and Bill had made it explode
He flew up into the air, and landed in three pieces on the road.
It was so hard to believe, that his life was almost gone,
His dreams began to focus in his broke mind and one
Of having children, he wanted bairns of his own.
Two months short of 16 and all his wishes blown.
He had never had a girlfriend; he’d never shared a kiss,
But he so wanted one, from the Mother he’d always miss.
To feel her arms around him, just once before he’d go
But he wouldn’t want her to see him like this, with blood on overflow.
As shadows came to take him, he saw the other lads marching on
Nowt will stop them brave lads, they’ll keep scrapping when I’m gone.
Farewell world, I’m just another nobody who wasted his life
Trying to fight for King and Country and put the world to rights.
The next second Little Billy found himself racing doon the road
He cannit catch that tyre, that from the hill he’d thrown.
Flattening those poppies, on a red field far away
He’ll keep running forever, until his family are old and grey.
Their tears could have filled up the sea, their loss too great to say
Just one more to remember on our Armistice Day.

IF EVERY SONG EVER WRITTEN WAS FOR FISH!